My boyfriend loves anything with cheese and bbq sauce.  He also loves potato hash.
And so it was born... bbq chicken hash! 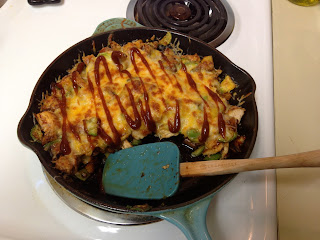 I had some cooked chicken leftovers.  It's just chicken breast seasoned with some cajun spices and seared.  I chopped up a zucchini from the garden to add some veggie nutrients - any veggie will do here.  Grab some cheese and bbq sauce too! 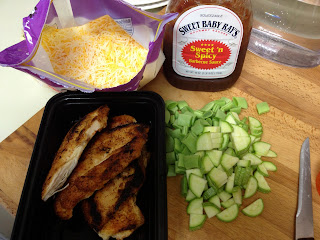 Cut up a few yukon gold potatoes and toss them in a skillet pre-heated with oil.
Saute those potatoes over medium high heat for 15 minutes until they are golden brown and crispy. 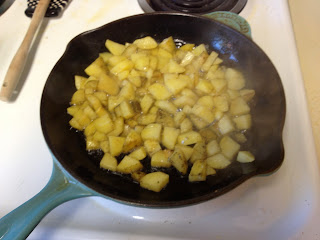 Remove the potatoes and saute the veggies. 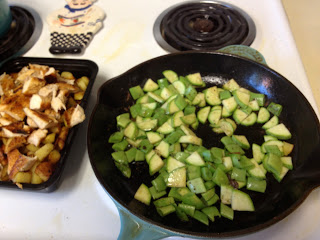 Toss the potatoes and diced chicken back in the skillet. 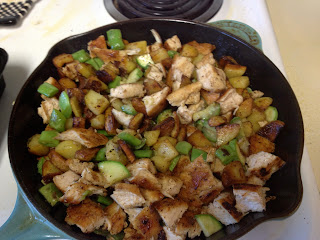 Squeeze some bbq sauce in and stir it up. 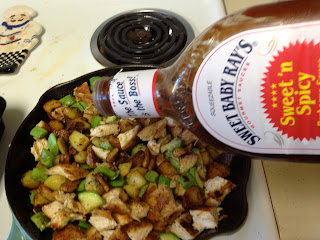 Top the whole thing with a sprinkling of cheese and drizzle with a little more bbq sauce to give it that extra pizzazz :)